TLC News: Giving Back to the Community

I just wanted to take a moment to share with you a little news about a very special day. The day was last Monday, July 20. I spent that day – along with 24 TLC, Inc. crew members – participating in Renewal & Remembrance at Arlington National Cemetery along with over 400 other Landscape and Lawn Care professionals volunteering there time and talents for the day. 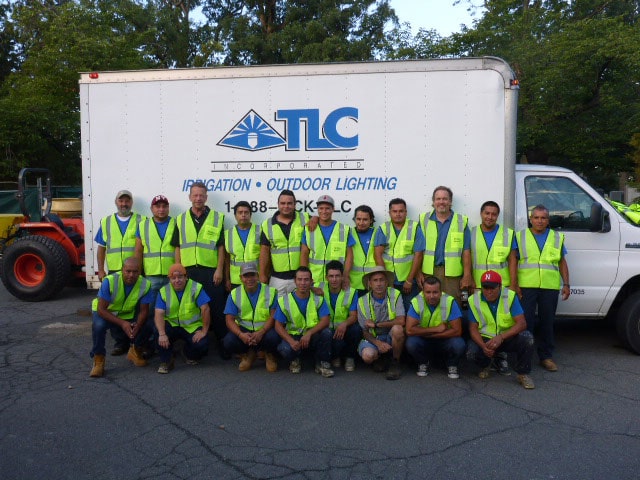 I know that many of you have visited our National Cemetery. And some of you probably haven’t had the opportunity. But if you’ve been there, you know that it’s an awe-inspiring site.

Arlington is the final resting place of more than 400,000 American heroes. Each of them served our country honorably. And many made the ultimate sacrifice for your freedom and for mine.

We Were Honored to Help…

We had a busy day!

My wonderful employees and I had the job of installing an automated irrigation system at the President Taft gravesite. (As an aside, you might be interested in knowing that President Taft was the very first president to be buried at Arlington National).

We were also tasked with upgrading the existing irrigation system at the Mall. This was in the vicinity of the Tomb of the Unknown Soldier, where there’s a 24-7 honor guard. (Did you know that there are actually thousands of unidentified soldiers laid to rest at Arlington?) And we did a few other odds and ends. 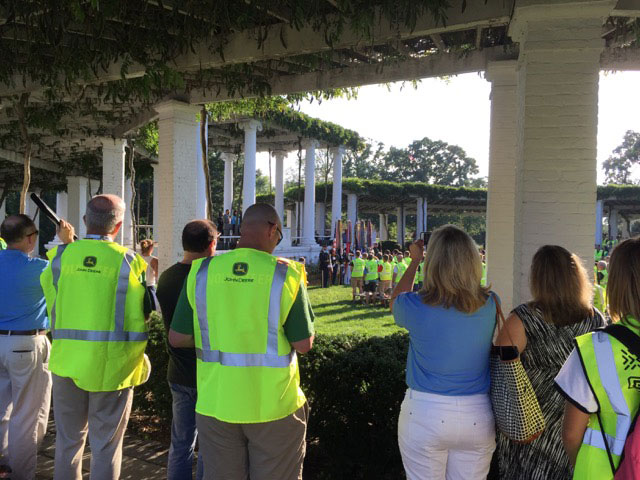 All in all, it was quite a busy day. But we enjoyed contributing our time and specialized skills to such a worthy cause.

If you’ve visited the Cemetery, I’m sure that you experienced the very same mix of emotions that I felt: gratitude, a touch of sadness, and overwhelming pride. Our nation would not be what it is without the selfless sacrifices made by so many souls. 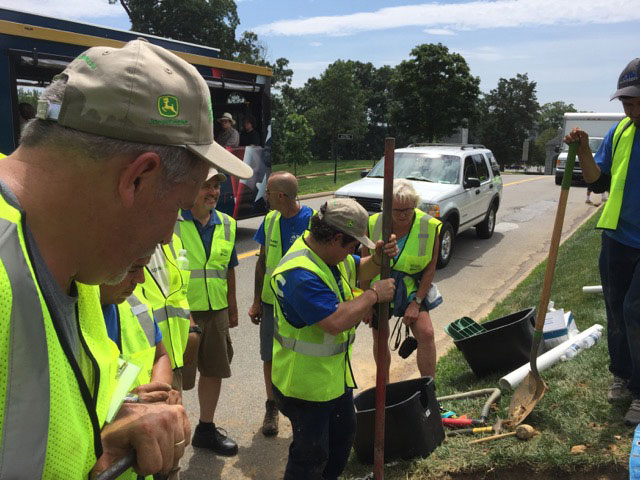 So I just wanted to briefly share the experience. And also to offer my unqualified gratitude and appreciation for all TLC customers who have served our nation.

And for each of my TLC customers: I want you to know that you made our day of service possible. It’s because of your loyal patronage that we at TLC are able to give back. We thank you for being a customer, and look forward to many more years of serving you.

P.S. Just to be clear, each of my 24 TLC crew members that spent the day at Arlington did so voluntarily. And happily. We have great people here at TLC Inc., if I may say so myself!

Just a Reminder: Don’t be Careless with Keys!

Imagine this scenario: You arrive home after a long day’s work. You’re bone-tired. All you want to do is get inside, relax and unwind. You stand at the front door and rummage around in your pockets or purse for your house key. 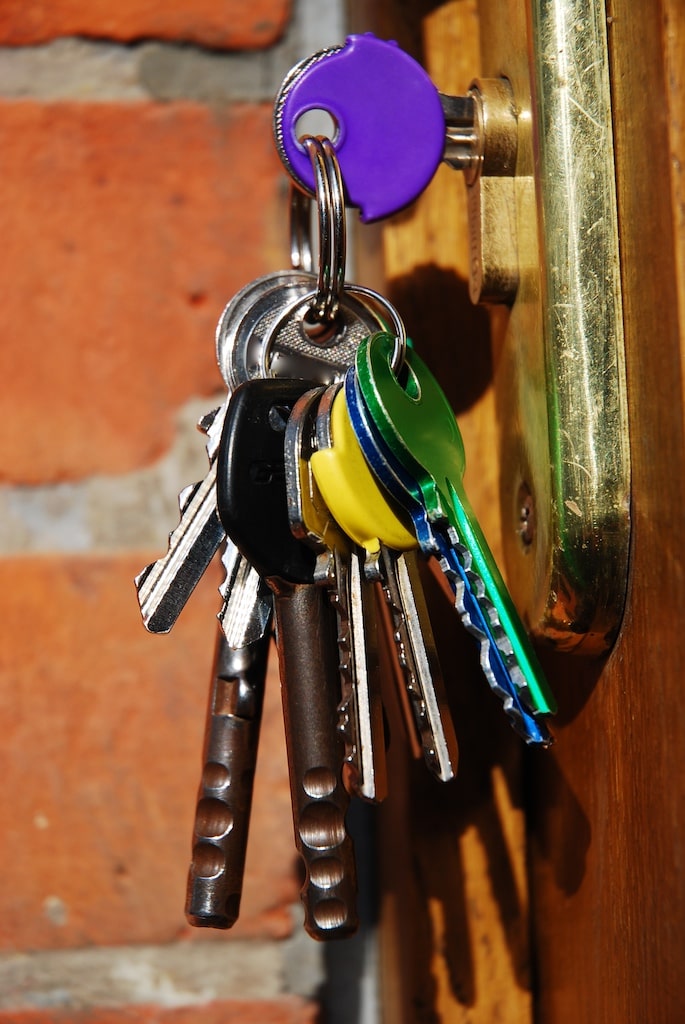 It’s not there. You somehow lost it.

That could be a disaster. But not in this case. You’re smart. You’ve prepared for this very situation by hiding a house key under that big ornamental rock in the flowerbed. You retrieve the key and head inside to enjoy your rest and relaxation.

You’re at work. Nobody is at home. And your insurance key is patiently waiting under that big rock, ready to come to your rescue again when needed. But right now a bad guy, a burglar, is stealthily eyeballing your house. It looks very appealing to him. It looks like plum pickings. If only he could get inside.

He has his tools of the trade, of course. He could break inside if he wanted. But he doesn’t want to do that in broad daylight. Too risky. There’s another way, though, that’s worked for him many times before. He wonders if it will work at your house.

So from a discrete distance, he studies the area around your front door. There’s a doormat in front of the door. A flowerpot on the porch. And off to the side, a big rock in the flowerbed catches his attention. Hmm.

He glances around…all clear. He casually strolls up to the porch. Flips up the doormat. Nothing. Picks up the pot and glances beneath. Nothing. Quickly looks around to be sure it’s still all clear, and then rolls the rock. And there it is: your key. Another 5 seconds and he’s in your home. He appreciates the easy entry. He also appreciates all the fine things you’ve furnished your home with.

Another happy ending. But not for you.

Happens All the Time

Both of the scenarios above happen with great frequency. Because lots of people ‘hide’ their house keys outside. And burglars know that lots of people do that, and take advantage of the fact.

Making it even easier on the burglars is the fact that most keys aren’t terribly well hidden. Many people just hide their key under a mat, or under a flowerpot, or under an ornamental statue, or yes – under a rock.

Experienced burglars know where to look. If you’ve hidden your house key outside, there’s a good chance they’ll find it. In fact, a recent study conducted in the UK revealed that nearly a third of all Britons hide keys outside. And that directly resulted in more than 6,000 burglaries in 2014.

Let’s Not Make It Easy for the Bad Guys

If you don’t want to give up the security of having a spare key available, police recommend leaving a key with two or three trusted neighbors or friends. Another alternative is to equip your home with a smart lock. Smart locks give you the ability to gain entry to your home without a key. You can even unlock your door remotely with a smart key.

We’re never going to stop burglaries entirely. But let’s not make it easy for the burglars. Police departments nationwide recommend not hiding house keys outside – no matter how creatively you think you’re hiding them. It just makes things too easy for the bad guys.

Could This be the Single Greatest Benefit of a Basement Renovation?

We’ve got lots of basement renovation projects under our belt at TLC Inc. And I was thinking about that a bit today. I was reflecting back upon the many projects we’ve completed, and considering all of the benefits that those families have received from their renovated basements. 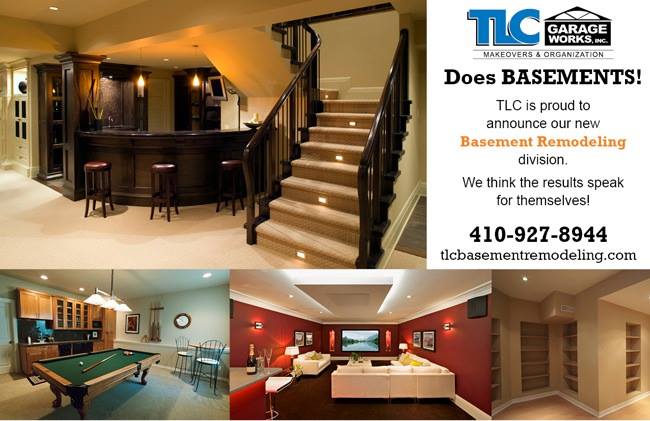 They’ve all added a great deal to the resale value of their homes. Even if they never sell, I’m sure that the knowledge that their homes are now worth far more than they were before the basement renovation is a comfort to them. Like having an emergency reserve of money in the bank; you may never need it, but it’s great to know that it’s there.

Another big benefit of a basement renovation is the vast amount of usable space it can add to your home. Depending upon the style of your home, and whether your home is two-story or single-story, a basement can account for as much as nearly 50% of the available square footage of your home.

For unfinished basements, that doesn’t really mean much. There’s not really much you can do with all that space when it’s a dank, dark, spidery place. But once it’s renovated into a warm, inviting, comfortable space, then all of that square footage is useable for just about any purpose you might imagine. So in one fell swoop, a family might go from being terribly cramped to having a luxurious amount of space thanks to a basement renovation.

But There’s a Less Tangible Benefit…

While I was reflecting back on the basement renovations we’ve performed, the thought struck me: the benefits of basement remodeling that we typically talk about, like those above, might not really be the greatest benefit.

That Benefit is Family Unity

I’ve seen it so many times: A family renovates their basement in a way that makes it the center of family life. That’s because renovated basements typically include features such as home theaters, family playrooms, and super-sized, super-comfy living room spaces – features that are a draw to every member of the family.

So what happens, then, when the renovation project is completed? The family starts spending most of their leisure time in that basement – together. Before the basement renovation, they were all squirreled away in their own rooms – maybe watching TV, maybe playing games. Whatever each member of the family was doing, more often than not they were doing it separate from other family members. (Sound familiar?)

But now that renovated basement acts as a magnet, drawing the family together to enjoy the benefits of their basement. Time once spent apart becomes time spent together, as a family, enjoying family activities.

No, you can’t place any kind of tangible value to that benefit. But I’m just about convinced that that’s the single greatest benefit that a basement renovation offers to most families. 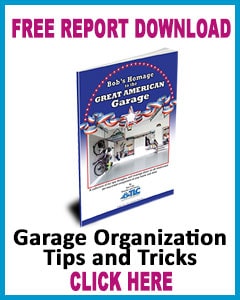 Find out the latest from Bob Carr